After a three year break I was back at Engage again, and I put my faith in the hands of the young! Read on!

I’ve been to several conferences in the past year, but at all of the others, I’ve felt like a fish out of water. I’m still trying to wrap my head around everything Arctic. But at Engage, I felt right at home. It was so wonderful to meet up with old friends from the community, and have the ability to meet the HCL people face to face and have an open conversation with them. And I got to give my “isn’t the Notes client great?”-presentation again, with new functions in 12.0.1 added.

HCL also presented a lot of stuff, and here are my initial thoughts:

The big news from HCL was the Volt MX Go suite. The plan is to release it in about 6 months. Long story short, it lets you leverage Domino data so that they can be used in standalone apps on both the web and on mobile devices. Paul Withers showed a demo where he ran standard LotusScript with Volt MX Go. Yes, you read that right: You can run LotusScript outside of Notes and Domino!

It doesn’t stop there. You can also use this with VoltScript, which is a LotusScript on steroids. This is a language that, unlike LotusScript, includes try and catch. MX Go also gives you an enhanced formula language and support for connecting with SalesForce and SQL Servers, as well as MongoDB.

Volt MX Go uses the Domino Rest API, which everybody who wants to code solutions where you need to utilise Notes data on external platforms and in third party solutions should get acquainted with. You can read all about it in this blog posting from HCL, but basically it allows you to use the programming language and framework of your choice — while maintaining the reliability and deployability of your Domino data and applications.

Here is a short video of an app using Volt MX Go with data from Domino:

And it’s easy to install as well. Don’t take my word for it:

Paul Withers is leading a team of developers for Volt MX Go. It’s consisting of some old Domino legends, which sounds fine. But instead I wish HCL had told us that “Hey, we have a bunch of 23 year old IT PhD and Master students working on this with us!” Because we seriously need recruitment, folks. As one attendee from Norway said: “When I attend Google development conferences, I’m the oldest one there. Here I’m among the youngest.”

Which brings me to what the title of this blog posting is all about: I talked to several of the younger crowd who was there. And they are completely untainted by the usual attitude that IT people from the age of 45 and upwards have about Domino, namely that Domino is old fashioned and sucks. Now this isn’t true of course, but that’s what they think.

However, the young, and newly educated crowd, don’t care what the platform is, or the legacy it has. They are just given a task and then they sit down and solve it. As one of them said to me: “When my boss told me to code for the Domino Rest API, I just approached it as any other solution and installed the tools (meaning Domino Designer) and got to work. I found tons of documentation and tips online. I was up and running in no time.”

This is what HCL should do: Go to the universities and grab hold of the young. And this brings me to another reason why I think this will work:

HCL had gotten hold of a young designer who helped them with what became my favourite part of the entire conference. Project Restyler! You can take any of your old Notes applications and run it through a wizard that will automatically upgrade your views, action bars, forms, pages and outlines to a modern looking app with just a few clicks. And this young designer had approached this task with no preconceived ideas about Notes or Domino.  She approached is a normal design task. And the result was awesome! I can’t wait to try it out.

Other takeaways from the conference:

In addition to all this I had some really nice talks with several of the HCL developers and product managers. This, combined with the meeting of old friends, selling 10 copies of my book of concert photography, getting to enjoy Bruges, giving my own presentation and getting great feedback and being inspired, makes me count this conference as an overall success and time (and money as I paid for everything myself this time) well spent! Thanks everybody!

PS! Arne Nielsen and me were in fact so inspired that we will be putting on a webinar about everything new and awesome presented at Engage for Norwegian customers in June. Stay tuned for that!

PPS! I have no slides from my session, since it was only demo, but recorded it and will try and get that published ASAP. Stay tuned for that as well!

Here are my photos from the event: 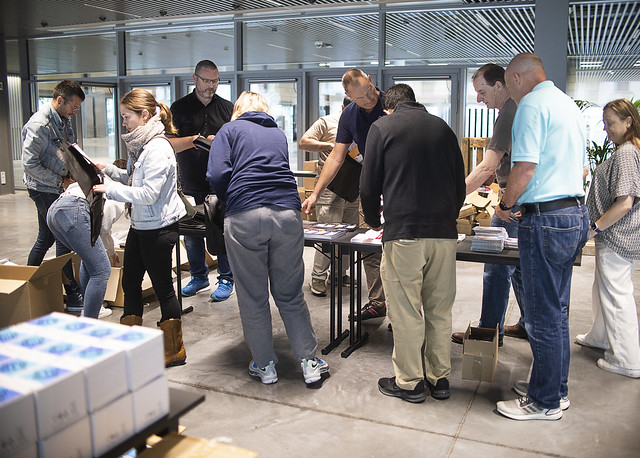 5 thoughts on “Restyling With the Young at Engage”