Not when you have the world famous Norwegian prog rock band Motorpsycho playing in your town! The neighbouring town of Ålesund was given an amazing concert last night. Read my review here!

Motorpsycho are music legends in Norway, and they have a huge name among rock aficionados in Europe and the UK too. They’ve created a vast body of music, and every new album is met with glowing reviews and big interviews in international magazines. And it’s always a pleasure to see them live.

Last night they played at Terminalen in Ålesund, so I took the trip over the mountain to review and shoot the concert for a magazine. I was very happy to see people in the early 20s there, as well as people approaching their 60s. There was also a huge amount of women at the gig, something that was unheard of back in the day when I started attending prog gigs. 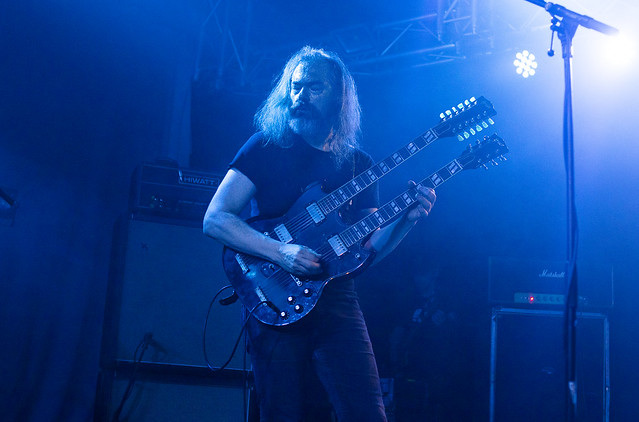 The band had their breakthrough in 1993, and the albums Timothy’s Monster and Demon Box, are considered classics in Norway today. However, the band has evolved considerably since then. They never stand still, and always surprise us.

The band takes no prisoners either at their concerts. You never know what you’re gonna get, because the set list is always changing. And with so many records under their belt, that’s hardly surprising. And even if they have evolved into a pure prog band these days, they still dip their toes into the world of psychedelia, jazz and more straight rock’n’roll. And there’s also a lot of improvisation going on, especially for Snah on guitar. 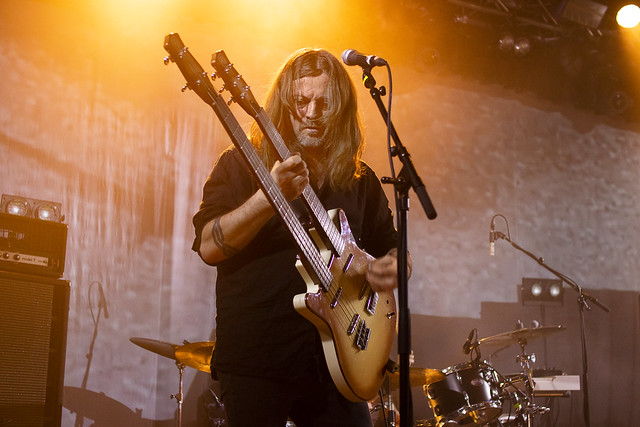 The set list was a nice snapshot of the band’s career. They started slow with Pills, Powder + Passion Plays from 1997. The cover of Pilgrim byWishbone Ash was a surprise. I know they have played it on tours before, but I hadn’t expected it tonight.

The Other Fool, which in my head is still a new song, despite that it came out in 1999, lead us directly into the masterpiece that is The Alchemyst.

Towards the second half of the set they concentrated mostly on the last two albums, The Tower and The Crucible. The latter is the album of the year for me, thus far. I was therefore thrilled that they played all three songs from that record.

The title track from The Tower finished the concert, with intense guitar playing by  Snah. Not a dry eye in the house, almost. 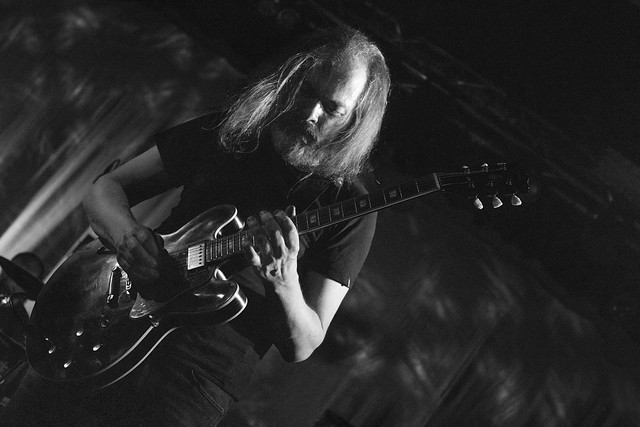 The show was intense, warm, very loud and with a dark and sinister light show. When you then suddenly get sudden bursts of intense lighting straight in your face, it makes a photographer’s work a bit difficult. The discrete animations and sinister film snippets projected on the back curtain only added to the mood.

As mentioned, the sound is loud, and during certain parts of the concert the sound could get a bit muddled. Especially at the start of the concert, when the vocals was hardly audible. But this improved during the concert and after a while you didn’t notice it anymore.

Check out the band on Spotify, if you don’t know them already. If you like good prog and rock, this is the band for you!

PS! The title of this blog posting is a play on their album title Let them Eat Cake. 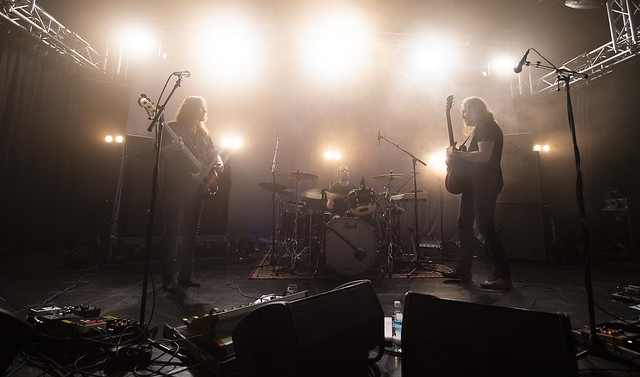