At the bottom of this blog posting I’m linking to all the blogs I’ve written about IBM Connect.

It’s now 15 days since I came home from San Francisco, and on Thursday it’s three whole weeks since the conference was over. I’ve been pretty busy with following up on stuff after the conference. Especially on stuff I learned about, as well as on deals and alliances that might come to fruition after several meetings I had. I’ve also contacted a lot of people who were at the conference in an attempt to get speakers for the ISBG spring meeting, which will take place on June 7th and 8th.

My feelings about this year’s Connect are generally good, but also a bit mixed. The attendance was as I expected it to be. Compared to the glory days (my first conference was in the mid 2000s) it’s a mini convention now. It’s like our own private little club, and therein lies the problem: A lot of important decision makers in the companies who are customers of IBM Collaboration Solutions still view the conference as a geek conference. If you look at the agenda, you realise this is obviously wrong. Still, I was in several sessions where less than 10 people were attending. I was at one session where a company presented a solution for moving Notes applications to mobile where there was only four (4!) people.

It’s time that we who cling to this conference for nostalgic reasons wake up and realise that with all the cognitive stuff and Watson creeping in all over the place, the most sensible thing would be to bake Connect into World of Watson. I’m not complaining that it’s still our very own little club, but it will be even harder to convince bosses and decision makers about what the conference has to offer, since it’s still considered to be a geek conference by many of them.

The scheduling was also a nightmare this year. A lot of sessions from the same tracks were going on at the same time, and several sessions that usually are filled to the brim were this year set during lunch and other important sessions about the future strategy of key products (yes, I’m looking at you Gurupalooza, where I was on stage). And having Mat Newman’s inspiring session about how to increase user engagement was at eight o’clock in the morning.

My feeling is also that a lot of people prioritised meetings with partners, customers and friends over going to sessions. As I pointed out in my previous posting, the social bit is a very important part of such a conference, but it must be bitter for the presenters who have worked hard preparing for their sessions.

It was, however, heartwarming that we finally saw something solid when it comes to the future roadmap of IBM Notes/Domino. As usual, these sessions were full, and this year IBM has actually made good on their promise of continued commitment to the platform. Yes, most of the future roadmap is about lifting applications from the Notes client and on to web and mobile, so it was surprising that there will be further development on the client as well. I was especially happy to hear that there will be sidebar plugins both for CCM and Watson.

It was also wonderful to see that sessions about the future of IBM Connections was just as popular as Notes/Domino sessions used to be in the past. It’s obvious that Connections is a success in many countries. This is not the case in my own Norway, but with even more success stories, as well as the strong portfolio of applications from third parties and IBM partners, this could change. Especially IBM Connections Pink needs to be promoted heavily. If not, Facebook Workplace will be a Connections killer when it gets proper file handling.

It was also great to attend the conference for the first time as an IBM Champion. Hanging out with the other champions, as well as getting pats on the back from IBM officials and customers, was nice and encouraging. It’s also nice to put faces to names and people you only communicate with online.

In conclusion: I think the road IBM is taking with their ICS portfolio now, where they focus on openness and inclusion,  is the right way. And as an IBM Champion I find it exciting to be a part of the ride. Let’s hope it will turn into a positive trend for the next year. I will do my part.

Here are all my blog postings from IBM Connect 2017:

And here’s my photo album from IBM Connect and San Francisco: 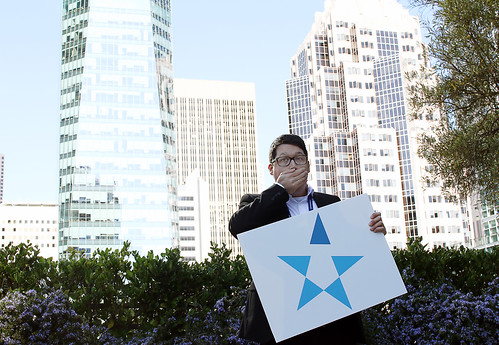